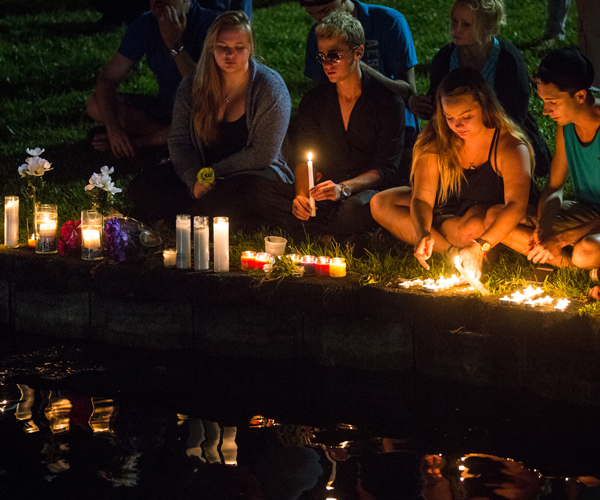 Mourners gather at a candlelight vigil at Lake Eola Park in downtown Orlando, Fla., to honor the victims of a mass shooting on Sunday, June 12, 2016. The shooting took place in the early morning hours of Sunday, June 12, at an Orlando nightclub called Pulse. (Loren Elliott/Tampa Bay Times via AP)

Comments are closed, but trackbacks and pingbacks are open.

We are now fully open to our community and allies as of March 1, 2022. While we are very excited to host all of your events and programming, we still urge that we all remain vigilant as a community in navigating COVID-19 and that CDC guidelines are strongly considered in event planning. Wearing a mask in the building is required. Please contact Nova (they/them) at lgbtqcenter@montrosecenter.org for further inquiries. Click here to learn more or get started.